What are you grateful for?

Michael
He created an intimate 3-person social gathering in which I was finally able to be my whole self for the first time in a long time.
I’ve been feeling only allowed to be partly me in many gatherings lately, but at this one my whole self was welcome – complexities, ambiguities, and all.
Natasha
I enjoyed going to a funeral with my family. The Bluhm foursome showed up even though we had to go out of our way. I am grateful for this.
It felt good to show up to a funeral with my family.

Bec
Wes helps me through tough times. Currently with family shite. He has also worked so hard to get our house ready for sale. Over and above his usual great domestic efforts.
He takes the load off me emotionally and physically so that it is shared and less of a burden.
Jack
My mom got me a new shirt that I really like

It made me happy and I got a new shirt

Samiha
My roommates took care of me because I got a fever after taking my booster shot
This made me feel better when I really did not feel well.

Natalie
tried their very best to sit with news that i was possibly talking with a guy, shes never known me to have anyone in my life
i was able to spend time with Rob (met via app in Oct 2021) this afternoon for a few hours - given both have kids at home with us permanently these moments are not easy to come by, let alone capture and follow through 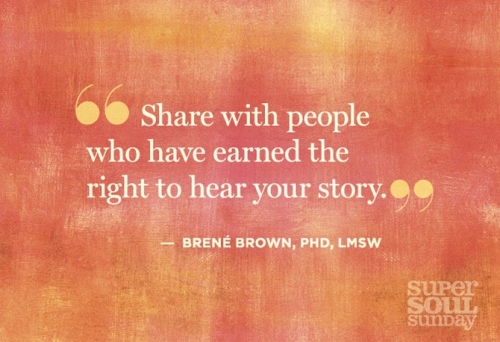 Karl
So thankful that Daddy-O's surgery went well, he has such a positive attitude and is very motivated to practice the physical therapy that will make recovery and healing so much more successful! Grateful that moving closer has finally begun to make more natural opportunities to visit and get to enjoy him and Moms while they will walk this earth.
.
Darrel
More than a few of my students and parents have thanked me for being their teacher.
It feels awesome being appreciated by so many of my students and parents.
Alexander
Today was pretty simple. I was having a hard time with my English final prep and my friend came in clutch and helped me understand what I should write about really well.
Yes they did as I spent about 30 minutes just not being able to think about what to do.
Natasha
I took a lunch break and walked around REI. What I am grateful for was the snow on the trees walking in and geese flying overhead. I enjoyed a hot chocolate with almond milk from Starbucks. This, also, tasted really good.
I love noticing nature. It helps me feel happy and recharged for finishing my day at work.

Dawn
I got a job really fast and start Monday. Perdiem.
I can go to school and not have to work so much
Nathan
It was my dog and we spent time together
It made me very happy
Alexander
So my family has this old 1961 Oldsmobile Dynamic 88 and I am always asking to drive it but we aren't trying to put a lot of miles on it. But today my uncle came over after school and told me to take the car so it could be driven. needless to day I was very excited as no one really drives that car let alone me.
I was super thrilled to drive it and it made me remember how nice it is to bond with family over a car that we all have o much invested into.
CJ
I am thankful for these little creatures that run on four naked feet, climb up your leg to perch on your shoulder, steal crumbs of food from under the couch, hands that curl into fists when sleepy, and their behinds are giant balls of fluff. That’s right, I am thankful for rats! They may try to steal your shoelace and run off with it, they may steal your pizza if you’re not careful, they may commit arson by chewing on a cord… but can you really blame them after they look at you with puppy dog eyes and grab your finger with their lil hands begging for a treat?
They provide hours of entertainment as they run around the house following after each other, and climb up your legs into your arms to be petted. Bagel, my white siamese rat is the trouble maker of the family. He is the most confident, BUT DO NOT BE FOOLED! he is not climbing on you to beg for pets, he is climbing on you to make a leap of faith to the table so he can get to moms freshly baked cookies. Next we have Skittles. He is the middle child of the family. He’s pretty shy at first but warms up fast. He loves to be held in your arms. We then have Earl Gray. He is the shy boi of the family. If he was a human he would be a femboi that attends tea parties every Friday. Finally we have Blaze, the weakest of the siblings. He isn’t as shy as Earl, but is always pushed around by the others. Don’t feel too bad for him, he gets given the most treats due to us feeling bad. Rats surely are amazing. 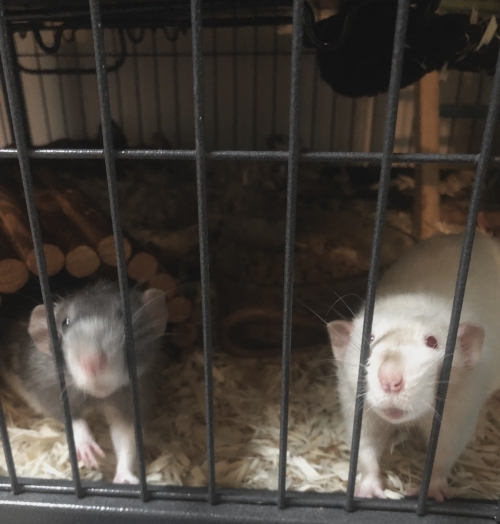 CJ
My academic support teacher is always really nice to me, which makes me genuinely happy. She is also very helpful too, making sure all the students get what they need done, and that everyone is comfortable and not overworked. I’m thankful for how she goes out of her way to help her students.
I am thankful for how much she helps not only me, but other students do well academically.
CJ
I forgot to take my antidepressants for two weeks and ai entered a severe depressive episode that lasted two days due to it. After I took them again I suddenly felt the difference they make. This experience made me realize how thankful I am for my antidepressants.
Without them I would probably be dead. Thank you Prozac for making me numb to misery.
Darrel
I like to joke around, a lot. I especially like it when people joke around with me. An acquaintance of mine, someone who I would love to become friends with, recently put a smile on my face with their comedic routine. I started a joke and they ran with the bit in a manner that left me speechless. She out-joked me and left me at a loss for words, in a good way. Now I want to return the favor and share some awesome jokes with her.
I was caught of guard by her comedic performance. I love sharing jokes and love hearing them. I was attempting to spread joy with my own joke and instead found myself a recipient of some joy through her joke. Truly I was at a loss for words (in a good way). I think the correct word is flabbergasted.
Acacia
I was able to go to school counseling this morning
I was able to go to school and have a good time
Samiha
My friend helped me sleep
I was able to get more sleep
PATRICK
Hospice Social worker called to let me know the insurance request had been taken care of and chit-chatted for a few minutes about our mutual sports interest
Relieve's anxiety over wether this was done or not.